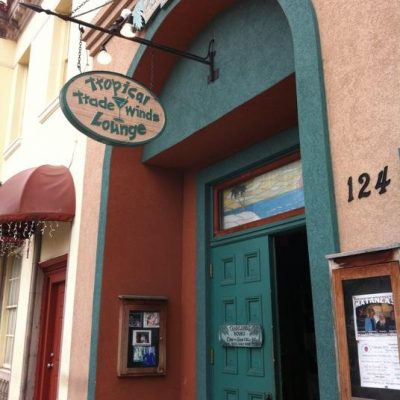 Years ago, a couple of merchant marine sailors found themselves far from their Florida homes, sailing in the South Sea Islands. In the seaside bars of ports of call throughout the islands, under slow-turning fans and over cool drinks, an idea began to take shape in the sailors’ minds: a lounge, back home in St. Augustine, that would recall the easy grace, the fun, the exotic charm of the island bars they visited. On their voyages, the two sailors collected and shipped home many of the

Years ago, a couple of merchant marine sailors found themselves far from their Florida homes, sailing in the South Sea Islands. In the seaside bars of ports of call throughout the islands, under slow-turning fans and over cool drinks, an idea began to take shape in the sailors’ minds: a lounge, back home in St. Augustine, that would recall the easy grace, the fun, the exotic charm of the island bars they visited. On their voyages, the two sailors collected and shipped home many of the artifacts — among them the solid teak bar, the grinning idol that squats on the back bar, the bamboo that adorns the “Dai Bar” — that decorate the lounge today. Even Trade Winds’ main trademark, and what people remember the most, the “Tropical Storm,” complete with lightning and thunder, echoes the island storms those two sailors heard so many years ago.

In the beginning, there was a wonderful Minorcan restaurant owned by Ms. Clara Meir, where as early as 1944, Granville Grissom and Sterling Andrews helped lay the groundwork for what was to become the lounge. With much anticipation on February 20, 1945, John Meigs and Kenneth Dow opened the South Seas Lounge.

Two years later, John Meigs had left, and on March 14, 1947, William S. Mills became Kenneth Dow’s partner. In the spring of 1949, C.F. Fisher and E.R. Carr bought the lounge and on May 17, 1954, sold the business to Rex Clark and Elizabeth Leonard Clark, the first of the Leonard family to own the business. After Rex Clark passed away, while sitting on an end stool at the bar, Betty sold the lounge to Theodore Webber on April 25, 1957. The business came back to the Leonard family when Walter “Duke” Leonard bought the lounge on April 5, 1961.

While located at 1 Aviles Street in the early 60s, the Trade Winds began to establish itself as the place in St. Augustine to hear music. With the wonderful black pianist Amye playing “Stormy Weather” to lead into its trademark “Storm,” such well-known folk acts as Gamble Rogers, Jim Ballew, the Infamous Art Shill, and the Folksters with Nigel Pickering and Paul Champion, and many others played to enthusiastic crowds. If you were looking for good music and good times in the early 1960s, Duke’s Trade Winds was definitely your port of call.

In 1964, the city’s historical restoration department unearthed the site of a hospital that dated back to the founding of St. Augustine, necessitating a relocation of the Trade Winds. With the change in location to the bar’s present address at 124 Charlotte Street came a change in the music. Soon the earlier folk acts were being followed to the Trade Winds’ stage by musicians such as Jimmy Buffet, the First National Rotagilla Band, Bob and Joline Patterson, John Westbrook, Don and Barry Dunaway, the Peyton Brothers, the Sounds of Blue Grass, and Odetta.

On July 1, 1971, Duke sold the lounge to the then Toni Johnson. When they married on June 1, 1974, the Leonard name returned once again to Trade Winds. Duke Leonard was much more than just the bar’s owner; he was a truly colorful character, admired by men and loved by women. Duke always had a friendly word for his customers, an outrageous tale for his friends, or a liars’ poker game going at the bar. His passing on June 21, 1978, left a big void in the lives of his family and many friends. But Duke will always be remembered because even today his stories — and stories about him — are told over and over at the Trade Winds.

In 1979, Toni hired Frank Garrison as the bar’s manager. It was Frank’s idea to bring in the likes of Doc Watson, the Platters, the Coasters, the Byrds, and Phil Driscoll, and so once again the music changed. At that time, Trade Winds was closed on Sundays, except for the parties on Palm Sunday and Easter Sunday. Frank said, “Let’s try opening on Sundays.” The idea was a success and now Trade Winds is open 365 days a year. As times changed, so did the music, and it began booking bands like Matanzas, Those Guys, Red River Band, Hooch, Spanky, Lisa and the Madhatters, and Blistur; acts that complete the evolution from the early days as a folk lounge to the current mix of the best music — rock’n’roll, blues, a little country, an occasional oldies act — in North Florida.

For the past decade, Troy Locke and Matanzas have been the Winds house band playing nightly, Sunday through Thursday. Colleen Murphy keeps alive the idea of giving musicians a place to try out their act on Thursday’s Open Mic night. Mark Hart has put the ‘happy’ back in Happy Hour from 5-8  PM on Saturday through Wednesday. Janet Leonard now owns the Trade Winds Lounge, assisted by a staff that would make old Duke proud. It is said his ghost is seen wandering through the lounge, keeping a watchful eye on things. This generation at the Trade Winds Lounge is dedicated to continuing its tradition of having the VERY BEST LIVE ENTERTAINMENT in North Florida. 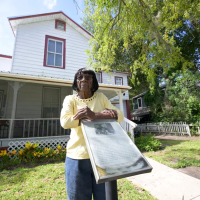 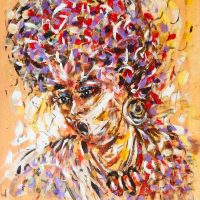 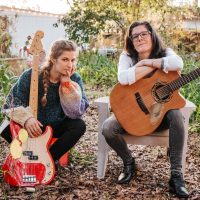 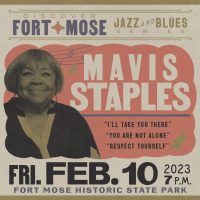 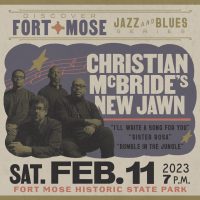