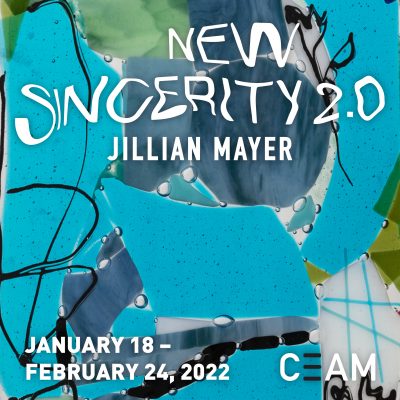 Miami-based artist Jillian Mayer’s exhibition “New Sincerity 2.0” will open with an exhibition walkthrough by the artist, followed by a reception.

Crisp-Ellert Art Museum is pleased to announce Miami-based Jillian Mayer’s forthcoming exhibition New Sincerity 2.0. Mayer’s latest sculptures utilize materials such as glass, metal, and other industrial materials, building on previous bodies of work that explore myriad themes, including our relationship to technology and the digital world, environmental collapse, and prepper subcultures. The artist will give a walkthrough of the exhibition on Tuesday, January 18 at 5 PM, followed by an opening reception until 7 PM.

Working across disciplines that include film, video, sculpture, painting, and performance, Mayer is well known for tongue-in-cheek works that explore the complicated nature of our relationship to technology. Mayer’s work isn’t a denunciation of technology but is regularly presented as a satirical value proposition to provoke conversation about identity, authenticity, and sincerity regarding our often-perverse engagement with the digital landscape, or what our relationship to the actual landscape might resemble in the absence of a techno-world.

Her films have screened at festivals including Sundance, SXSW, Rottenberg Film Fest, and the New York Film Festival. She is a fellow of the Sundance Institute’s New Frontiers Lab and New Narratives on Climate Change Lab.

This program is supported by a grant from the Dr. JoAnn Crisp-Ellert Fund at The Community Foundation for Northeast Florida.

Free to the public.