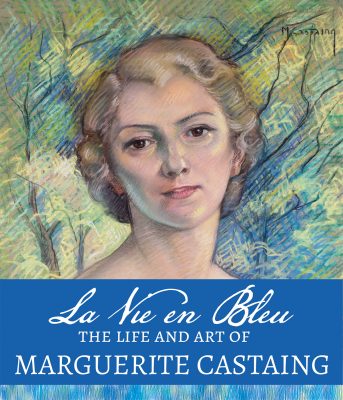 This exhibition of Impressionist works–over 80 drawings, paintings and pastels–details the life of a passionate female artist throughout the 20th Century.

Born in 1900 in southern France to a family of painters, Marguerite Castaing had a long career as an artist. At 16 she became a member of the French Salon where she exhibited for over two decades. While living in Paris, she studied under renowned artists Paul Albert Laurens and Pierre Bonnard, and she rubbed shoulders with influential writers, collectors, and critics like Pulitzer Prize winner Louis Bromfield.

Marguerite's work, Impressionistic in style, elicits passion and precision. The artist was inspired by the people and places that surrounded her, from family and friends to the rolling landscapes of southern France, and eventually the colorful seasons of New England.

On display from July 1 to August 21, this exhibition of her work showcases over 80 drawings, paintings, and pastels detailing her life as a passionate female artist throughout the 20th Century.

Marguerite Castaing was born on September 28, 1900, in Pau at the foot of the Pyrenees mountains in southwestern France. She was the youngest daughter of Joseph Castaing, a painter and pastelist, and Rose Picamilh. Her career in art began when she was six years old. She initially studied with her father, Joseph Castaing, who taught her to use various mediums — pencil, oils, and the not-so-common pastels. At 16 Marguerite was accepted to the French Salon where she exhibited landscapes done in pen and ink, oils, and pastels. Soon after her father’s death in 1918, Marguerite moved to Paris where she studied under renowned artists Paul Laurens and Pierre Bonnard. While in Paris, she took an interest in sculpture, portraits, and nudes — deviating from her usual painted landscapes. Over the next fifteen years, Marguerite Castaing exhibited every year in the Paris Salons and in other regions of France.

In 1942, she along with her husband Lewis Riley and her son Jacques Dardenne made the decision to leave Nazi-occupied France and move to America. The family settled in Connecticut close to family and to New York City so Marguerite could show her work. Her first exhibition in the States was February 9-29, 1944, in the David Koetser Gallery in New York City. One of her notable exhibits was at the Berkshire Museum in June 1947, where she exhibited 82 paintings, drawings, pastels and sculptures, displaying her diverse skill with subject matter and mediums. In 1948, Lewis Riley died unexpectedly of a heart attack. Following his passing, Marguerite Castaing found herself living in New York City, Hollywood Beach, Florida, and Millinocket, Maine. In Maine, she painted 24 landscapes for the Great Northern Paper Company calendars.