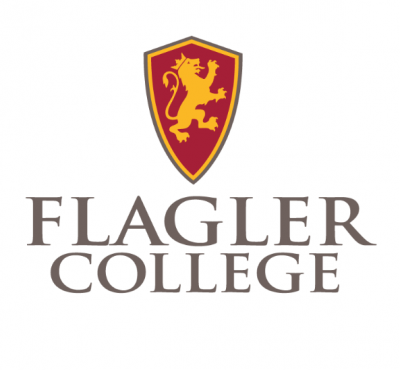 Founded in 1968, Flagler College has experienced over 50 years of providing a rich liberal arts education in a small, supportive environment. Its heritage, however, extends back more than a century.

The school’s historic campus resides just four miles from the Atlantic Ocean in the heart of St. Augustine, Florida.

The college is named after Henry Morrison Flagler, a Gilded Age industrialist, railroad pioneer, and oil magnate. In 1888, he built the luxury resort Hotel Ponce de Leon, which now serves as a residence hall and centerpiece for the college. A masterpiece of Spanish Renaissance architecture, Ponce de Leon Hall is listed on the National Register of Historic Places.

The hotel was sold to Flagler College when the institution was founded in 1968. Since then, the college has spent more than $43 million dollars restoring the historic campus and adding new buildings. One of the latest additions to campus is a multimillion-dollar Student Center on Sevilla Street. The college has also developed a 19-acre athletic field just two miles from campus.

Lawrence Lewis, Jr., Henry Flagler’s principal heir, was the driving force behind the development of Flagler College. The philanthropist envisioned a small, private liberal arts college on the grounds of the magnificent old hotel.

Flagler opened as a women’s college and was reorganized as coeducational in 1971. Lewis served as chairman of the Board of Trustees of Flagler College during these formative years, from 1968 to 1988.

The college has grown with time, but it maintains a commitment to high educational standards within a close-knit community.