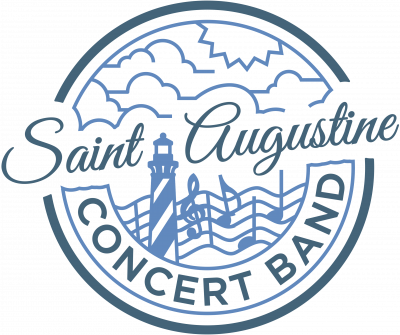 The Saint Augustine Community is lead by Geoffrey Magnani, Musical Director and Conductor. He received his Bachelor’s degree in Music Education and Performance from the Crane School of Music, Potsdam, New York. He completed his graduate degree in Music Education at Ithaca College and taught instrumental music in New York State and retired after 34 years. His bands have scored Level VI Gold and Gold with distinction awards in NYSSMA majors along with competition performances at the Dixie Classics in Virginia, Ohio and Washington, D.C.

Geoff and his wife Cindy retired and moved to Saint Augustine, Florida from central New York State in 2015 where he looked for a band to play in. After realizing there was no band in Saint Augustine and after driving many miles to play, Geoff decided to start a band again right in Saint Augustine.

Magnani has studied and performed under Chuck Mangione, Roy Burns, Michael Tillson Thomas, James Petercsak, Anthony Maiello, and Elliot Del Borgo.  He is an active member of Music Educator’s National Conference and has served as the New York State School Music Association’s All-State Band Chairman and continues to serve as an All-State Percussion and band, jazz ensemble, and orchestra adjudicator in New York and Northeast.

Mr. Magnani is a member of the Florida Band Masters Association and adjudicator for bands, jazz ensembles, and solos.  Over the years, he has been involved as guest percussion clinician/guest conductor for All-County, City, and All-State festivals in New York State.