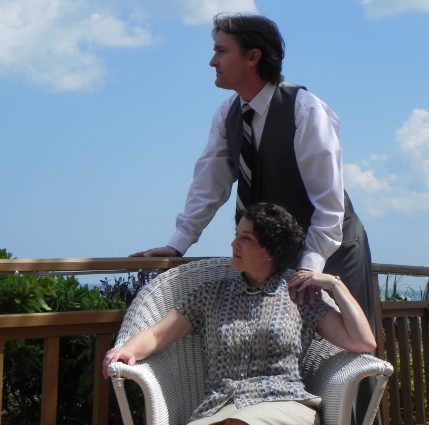 Deborah Dickey – an Inside Look at Original Play “Cross Roads”

Actors Nancy Grote and Ashley Carter sit on the on the oceanside deck of Marjorie Kinnan Rawlings’ and Norton S. Baskin’s cottage in Crescent Beach, Fla.

Local playwright and director, Deborah Dickey, takes us on a journey through a pivotable point in the life of famed Florida author, Marjorie Kinnan Rawlings, in her original play “Cross Roads: Marjorie Kinnan Rawlings and Norton S. Baskin in Unguarded Moments.” Rawlings’ short stories and novels, including Pulitzer Prize winning “The Yearling” and “Cross Creek,” focus on life in the South, using St. Augustine, Crescent Beach (just south of St. Augustine) and Cross Creek as a backdrop for her stories. “Cross Roads” examines the real “story behind the stories” through letters between Rawlings and her second husband, Norton S. Baskin, recounting their rocky journey from courtship to marriage, St. Augustine during World War II and celebrity friendships made along the way. 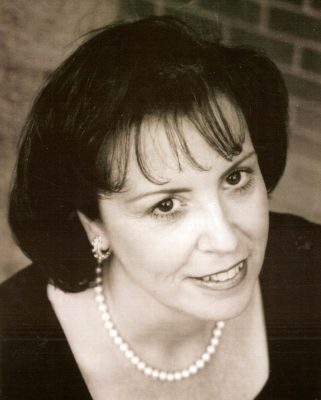 Did you learn anything new about Rawlings or gain a different perspective through your research and writing process that you may have not known before?

In a time before any sort of social media, what struck me most was the immediacy of the letters, as if both were speaking in the present moment revealing their hopes and fears and chronicling their daily routine and life-altering moments. I began to see a small microcosm of America during World War II. It was interesting to hear the perspective from Norton, who served as a volunteer ambulance driver in the American Field Service in India during the war.

One of the most exciting discoveries I came across was a previously unattributed parody of Emily Post (American author and socialite famous for writing about etiquette), which had been published anonymously, and was confirmed by the letters to have been written by none other than Marjorie Kinnan Rawlings! This little gem is included in the play and perfectly captures the raucous humor shared by Marjorie and Norton. Their marriage was actually a very modern one compared to most at the time.

Talk a little bit about your artistic style and process that goes into making their story come alive.

As a director, my goal is to bring exciting stories, many of which have never been told, to the stage that examine our world view while bringing hope and new perspectives to an audience.

In the rehearsal room, the actors also bring so much talent and their own perspectives on the characters as they create a role. I always encourage their exploration of the story by allowing the play to develop organically as each discovery inspires their interpretation of the character’s journey. This is part of what makes the story feel real and true for the audience.

What do you hope the audience will take away from “Cross Roads”?

I hope that the audience will gain a new perspective on Marjorie Kinnan Rawlings, in both her private and public life. Her creative life was filled with hardship and triumphs, but it was also a life filled with humor, good friends and the adoration of service men during World War II. Their letters were always personally answered, and her responses were a great morale booster. She was a remarkable woman whose novels and stories continue to serve as a great inspiration to many generations of young writers.

Performances of “Cross Roads: Marjorie Kinnan Rawlings and Norton S. Baskin in Unguarded Moments” – produced by A Classic Theatre and directed by Deborah Dickey – are 7:30 p.m., March 13-15 and March 20-22, and 2 p.m. March 15 and March 22 at the Lincolnville Museum and Cultural Center (102 Martin Luther King Ave., St. Augustine, Fla.) Tickets can be purchased at www.AClassicTheatre.org/tickets or by calling 904-501-5093.