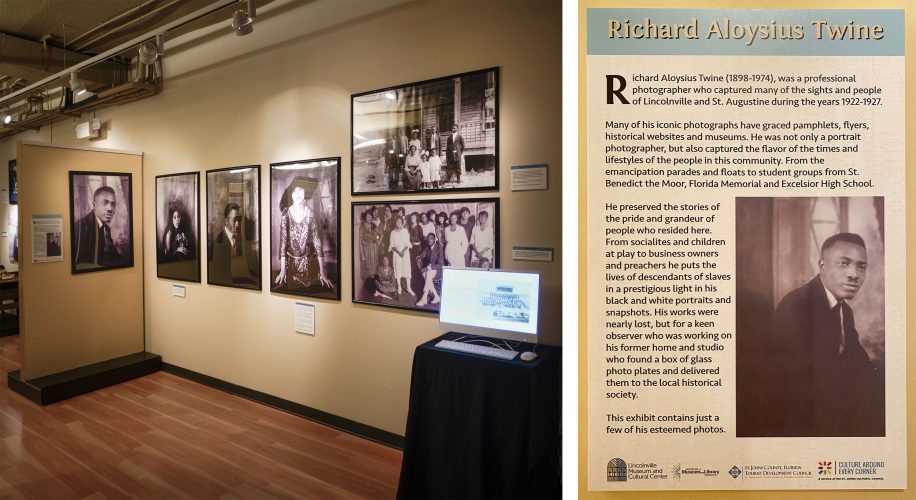 From the formation of America’s first free slave colony at Fort Mose to the civil rights movement that changed everything, it’s no wonder St. Augustine has been named one of Visit Florida’s “Must-Sees” for African…

From the formation of America’s first free slave colony at Fort Mose to the civil rights movement that changed everything, it’s no wonder St. Augustine has been named one of Visit Florida’s “Must-Sees” for African American History and Culture. Join us as we explore the Lincolnville Museum and learn more about a neighborhood steeped in African American history. 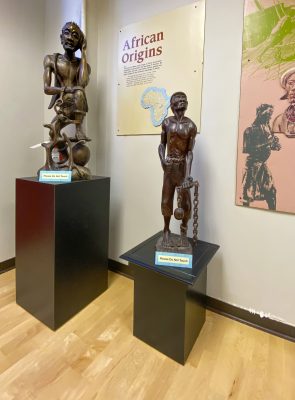 The moment you enter the Lincolnville Museum, you’ll step more than 450 years into the past, to the area’s African roots. A nearby archeological dig uncovered a mass grave, where testing shows some of the grave’s inhabitants were African – Placing them in the region before the city’s founding. 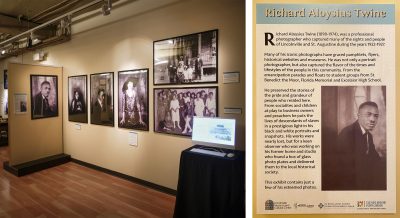 Around the corner, visitors will find six large photographs from artist Robert Aloysius Twine (1898 – 1974). Twine’s work shows the lives of the descendants of slaves and preserves the stories of the crusaders, pioneers and provocateurs who called Lincolnville home.

A digital exhibit nearby gives visitors access to more images and information on the lives of Lincolnville’s early residents. 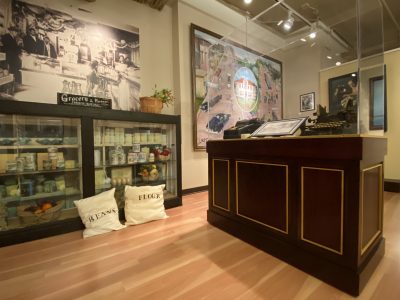 Staged exhibits throughout the museum give visitors a glimpse at life in the historic neighborhood. Common living room setups and grocery market replicas, inspired by photographs and firsthand accounts of life in Lincolnville, make you feel like you truly stepped into the past. 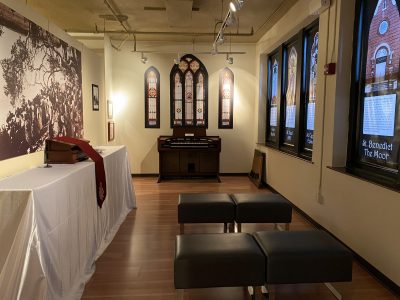 Nestled in the back room of the museum, is a space dedicated to local churches, where visitors can sit down and bask in the sense of calm and peace the area provides. Window displays designed to look like stained glass highlight the unique history of St. Augustine’s local churches and add to the sensory experience. 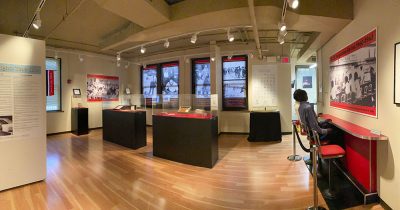 Sit-ins at the lunch counter of Woolworth’s and segregation protests alongside Dr. Martin Luther King, Jr. put St. Augustine at the forefront of the American civil rights movement. A large room in the museum is dedicated to the stories of triumph and courage that led directly to the passage of the Civil Rights Act in 1964. 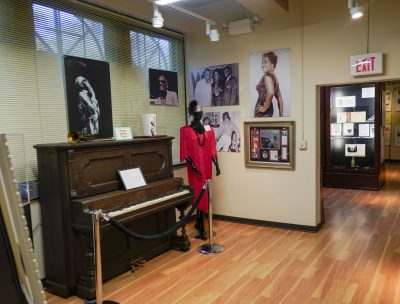 The final stop brings is an exhibit inspired by entertainment, filled with treasures, stories and photographs from St. Augustine’s nightlife, including the famed Odd Fellows Hall. Odd Fellows Hall became part of the Chitlin Circuit, which gave Ray Charles, Little Richard, Fats Domino, Billie Holiday and others a start in the industry.

A piano played by Ray Charles, a student at St. Augustine’s Florida School for the Deaf and Blind, is on display here. 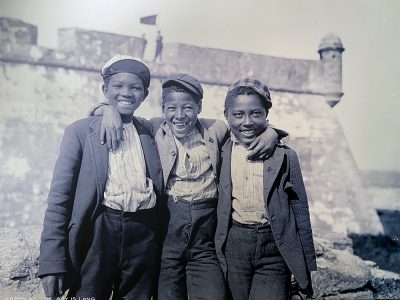