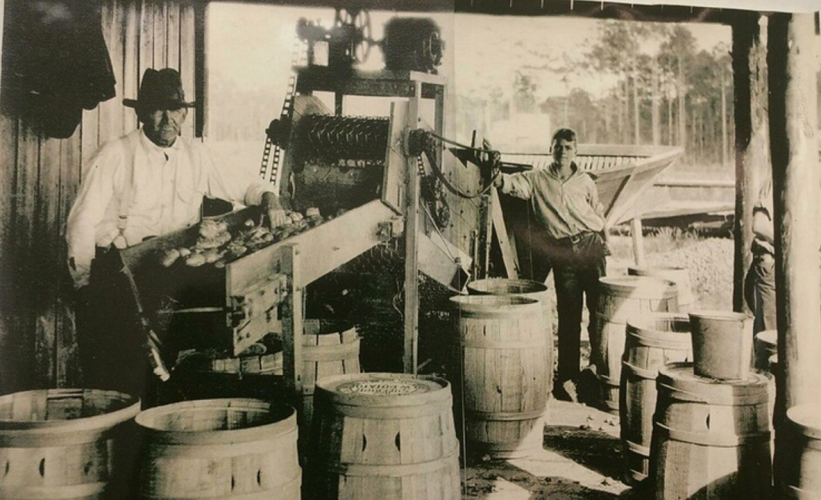 It is no secret that Florida is best known for its citrus industry, but did you know St. Johns County is home to Florida's Potato Capitol? To honor the harvest season, this blog outlines the…

It is no secret that Florida is best known for its citrus industry, but did you know St. Johns County is home to Florida’s Potato Capitol? To honor the harvest season, this blog outlines the rich history of the town of Hastings as it was a key player in the agricultural development of Florida’s east coast and continues to produce and manufacture crops for the state.

Thomas Horace Hastings, a cousin of oil magnate Henry Flagler, established Prairie Garden, a 1,569-acre plantation just 18 miles west of St. Augustine with the intention of growing winter vegetables for Flagler’s distinguished Hotel Ponce de Leon. At the time, the area was mostly wilderness and the nearest railway station was in Merryfield, but Hastings wanted one at Prairie Garden. Legend says Mr. Hastings may or may not have instigated a group of teens to move the station and put up a sign with his name on it.

As the town of Hastings began to grow in the early 1900s, local growers recognized a need for agency to sell their own crops on their behalf. Several cooperatives formed until officially coming together in 1922 as the Hastings Potato Grower’s Association. The group occupied what was once known as the Byrd Building until the Hastings Potato Growers Association building was finished in 1927. Today, the tall stucco structure stands empty on the other side of where the old railroad tracks used to be.

Bulls-Hit Ranch & Farm is located in Hastings, Florida’s self-proclaimed Potato Capital. The 1,500-acre farm along State Road 207 grows potatoes — white, Yellow Gold, and Atlantic — and cabbage, broccoli, cauliflower, corn, and hay. Bulls-Hit is best known for its delicious potato chips, Bulls Chips, which are no longer produced. They were thick, crunchy potato chips, fried by hand in kettles of cholesterol-free peanut oil, and sold at County Line Produce and other area stores. Launched in 1995, Bulls Chips sold about 52,000 bags a year.

After a day of enjoying the farms, open fields, and horses in Hastings, make sure you visit Railroad Park! This park commemorates the importance of the railway to Florida’s agriculture and industry. Find the Cora C. Harrison Preserve Trailhead, Potato Grower’s Association building, and several amazing local eats along Main Street nearby. The park’s covered picnic areas and gazebo are great for taking an afternoon picnic with the family!