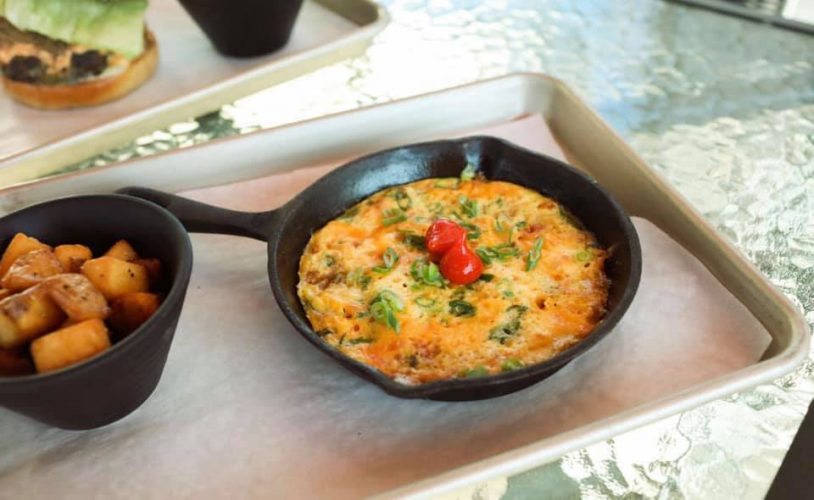 Brunch is trending in St. Augustine eateries! The history behind brunch, Eggs Benedict, and Bloody Marys.

Mimosas, Eggs Benedict, Bloody Marys, omelets, waffles, quiche, pancakes, smoked salmon, cream cheese and bagels…the menu options are endless for brunch, the meal that gets its name from the blending of breakfast and lunch.

The word Brunch was first published in 1895 in Hunter’s Weekly in the United Kingdom and became popular in the United States in the 1930s. British writer Guy Beringer blended the two words into brunch and wrote:

″Brunch is cheerful, sociable, and inciting. ⁣It is talk-compelling. It puts you in a good temper, it makes you satisfied with yourself and your fellow beings, it sweeps away the worries and cobwebs of the week.″⁣

Eggs Benedict (poached eggs over Canadian bacon and English muffin topped with Hollandaise sauce) was created in New York City at Delmonico’s in Lower Manhattan. The menu reads that “Eggs Benedict was first created in our ovens in 1860.” One of its former chefs, Charles Ranhofer, also published the recipe for Eggs à la Benedick in 1894.

The French bartender Fernand Petiot claimed to have invented the Bloody Mary in 1921 while working at the New York Bar in Paris at the time, which later became Harry’s New York Bar, a frequent Paris hangout for Ernest Hemingway and other American migrants. The original cocktail is said to have been created on the spur of the moment, according to the bar’s own traditions, consisting only of vodka and tomato juice.

This cocktail was originally referred to as a “Bucket of Blood.” However, the name Bloody Mary was first seen in print in 1939, as Lucius Beebe printed in his gossip column, This New York, along with the original recipe:

“George Jessel’s newest pick-me-up which is receiving attention from the town’s paragraphers is called a Bloody Mary: half tomato juice, half vodka.”

A 1939 publication by El Floridita in Havana, Cuba had a recipe called “Mary Rose” that listed the main ingredients of a modern Bloody Mary. In St. Augustine, we have amazing brunch options to choose from — always with a twist to the original recipe, and usually some items that include the Datil Pepper — with bottomless mimosas and incredibly decked out Bloody Marys to wash it all down!