Diane Maurno is a film and television makeup artist currently based in St. Augustine, Florida. Diane grew up in New York and initially moved to Miami, Florida, to pursue a career in education. Her teaching…

Diane Maurno is a film and television makeup artist currently based in St. Augustine, Florida. Diane grew up in New York and initially moved to Miami, Florida, to pursue a career in education. Her teaching career segued into hairdressing, and then into the professional makeup industry. Diane has worked on both large- and small-scale movie and TV productions, with actors such as Johnny Depp and Marg Helgenberger.

What path led you to becoming a makeup artist?

When I left teaching, I was offered a job in a prominent Miami salon as a receptionist while working on getting a hairdresser license. I did, and quickly added makeup to my skills. I studied in New York and Miami, and got my first movie job for an Italian movie in Miami with a spaghetti western producer. My makeup career snowballed from there.

What is your favorite story from your history as a makeup artist? Favorite set or celebrity you’ve worked with?

So many favorite sets…many fun big movies, and many TV series. But, my favorites were working on two independent Jon Sayles features — Sunshine State, filmed on Amelia Island and Honey Dripper in Alabama. Another favorite was a series called Special Ops Force in Montreal for seven months.

So many favorite celebrities I’ve worked with: Johnny Depp on the set of 21 Jump Street, Sandra Bullock, Edie Falco, Marg Helgenberger. James Gandolfini was also high on my list of favorites.

As for my favorite story? I’ll tell you about the time James Gandolfini was talking about how full of “plants” from people his trailer was, and he asked me if I wanted one of them. Thinking it was a tabletop plant, I said sure! When I looked out the trailer door, I see this plant — a 3-foot gorgeous vase filled with huge birds of paradise coming toward me. I still treasure that vase. I use it as an umbrella holder by my front door!

During a movie called Lonely Hearts, Jared Leto played a serial killer who had very thinning hair. Being a method actor, he wanted it to be real. So, I shaved parts of his head twice a day and colored his scalp.

How have you seen St. Augustine’s arts and film scene change/grow for the better?

St Augustine now has a Film Office which promotes film production here, and is recognized by the State and the Film Florida organization.

I hear you are working a little with set design at the Limelight Theatre here in town. Can you speak to me about this experience and what you are bringing to the theatre?

My work at the Limelight Theatre started out as helping with props when the prop master was out sick. I now get calls to cut wigs and advise on special makeup. I recently moved into helping paint murals, sets, and creating special effects or props. It’s a very creative and rewarding experience! I love that I can volunteer with them and also do freelance makeup work.

When you think about St. Augustine and St. Johns County, is there something that stands out and brings a smile to your face that you would want to share with others?

When I think about St. Augustine and St Johns County, the thing that brings a smile to my face is that after 22 years, I still see it as just as charming and beautiful as the first time I saw it. Every walk is as though it was my first walk here.

What are your next steps in life – what are you looking forward to?

I’m enjoying how I’m managing to combine all my creative skills. I hope to be considered a respected artist here in not just one category. One of the greatest compliments made about me by a multi-talented writer and producer in Miami was that “Talent is transferable!” 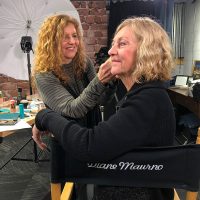 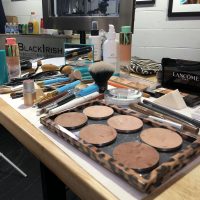 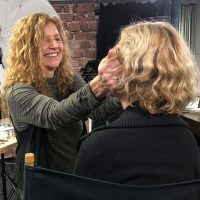