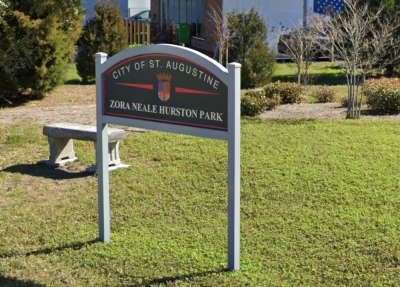 Zora Neale Hurston is best known as a Harlem Renaissance writer and American folklorist who celebrated the African American culture of the rural South. Her most famous work includes “Their Eyes Were Watching God,” published in 1937, and an autobiography titled “Dust Tracks on a Road”, completed in St. Augustine and published in 1942.

The home she rented at 791 West King Street has been recognized as a National Historic Landmark since 2003. In 2016, the City Commission named a park located on the corner of US1 and King Street after Hurston to honor her legacy and document her association with the city.