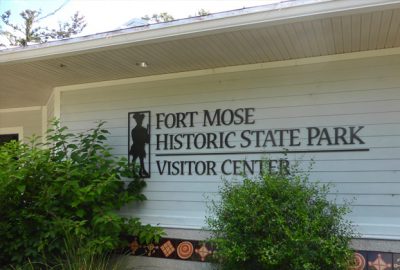 Fort Mose has been recognized for its national significance in commemorating the history of the United States. In 1994 the site was designated as a National Historic Landmark and was listed on the National Register of Historic Places. In 2009 the National Park Service named Fort Mose as a precursor site on the National Underground Railroad Network to Freedom.

Although there are no remains of the earth and wooden structures, visitors can still view the land where the settlement once stood. Stroll down the sun-drenched boardwalk and imagine life in the eighteenth century. Learn more about the story of Fort Mose in our newly constructed visitor center and museum or explore the grounds and view one of the many exhibits available.