Do more than see history – Live it! Below is a glimpse from every era of Florida’s Historic Coast’s colorful history. 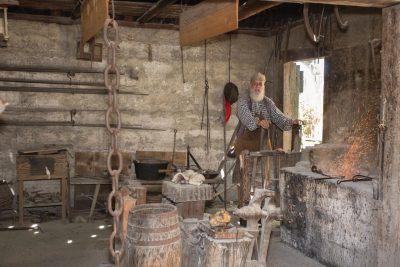 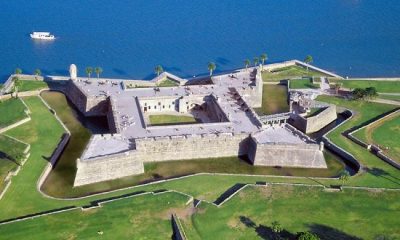 Watch Fridays, Saturdays and Sundays at the Castillo as park rangers and reenactors in period dress give historical weapons demonstrations, as well as presentations on the life and experiences of the Spanish soldiers stationed in St. Augustine during the 1740s. 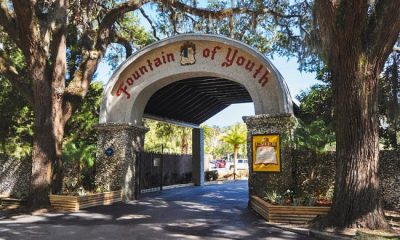 Watch history unravel before your eyes as you tour the Ponce de Leon’s Fountain of Youth Archaeological Park first explored by Juan Ponce de Leon in 1513 and settled by Pedro Menendez de Aviles in 1565. Visit a blacksmith, watch a cannon fire, and step into a Timucuan Village with professional reenactors leading the way. 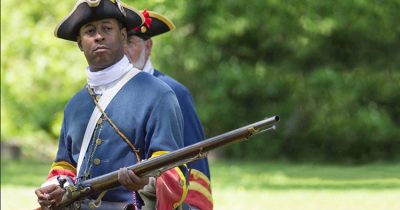 Immerse yourself in the 18th century on the 1st Saturday morning of each month, with musketfire drills demonstrated by members of the Fort Mose Militia. Children of all ages may take part in children’s militia training, using wooden toy muskets and authentic uniform accessories. 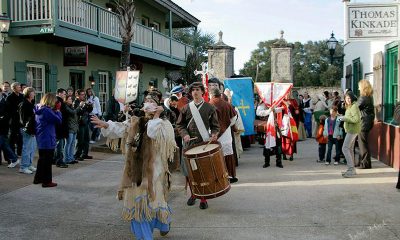 History on the Streets Saunter

Stroll down the historic streets of the past with authentically clad historical interpreters leading the way while sharing the rich and diverse history of St. Augustine. Historians speak with visitors and residents about history dating back to its founding in 1565.

2020 dates will be listed as they become available. 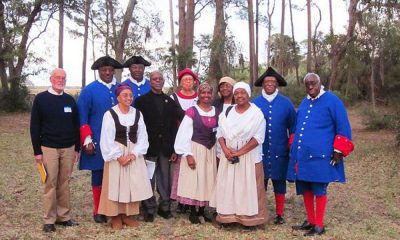 In celebration of Black History Month, walk from the Fort Mose Historical Society along the Freedom Trail, the first “Underground Railroad,” where hundreds of people fled to Spanish Florida from enslavement on British indigo and sugar plantations in 17th century South Carolina. Flight to Freedom honors and remembers all those who risked everything in search of freedom and opportunity to live their own lives. 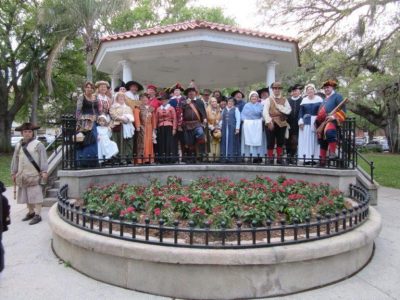 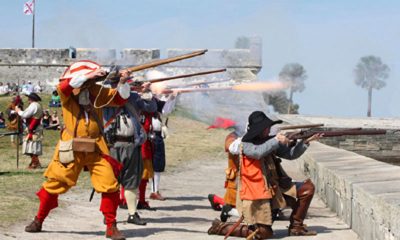 Drake’s Raid features a 16th century style military encampment with drills, demonstrations and living history interpretation during the day. As the sun sets in the historic district, the reenactment of the sacking and burning of the town commences. See what camp life was like for families back then. 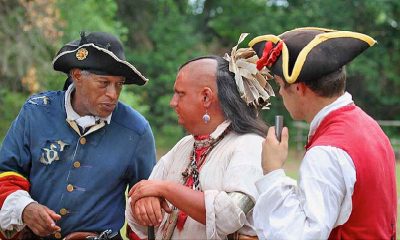 Visit Fort Mose Historic State Park and immerse yourself in the history of the 1740 Spanish victory at the Battle of Bloody Mose. This 277th anniversary will feature military encampment and combined muster of reenactors, including two battle reenactments. 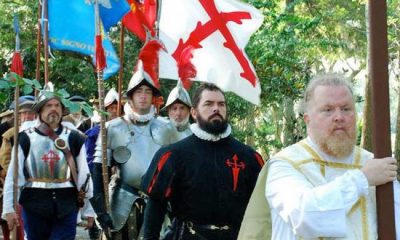 The Founding of St. Augustine

Florida Living History, Inc., Mission Nombre de Dios and the Diocese of St. Augustine present this free annual and historical reenactment of Admiral Don Pedro Menendez de Aviles’ landing and founding of the city of St. Augustine in the year 1565. 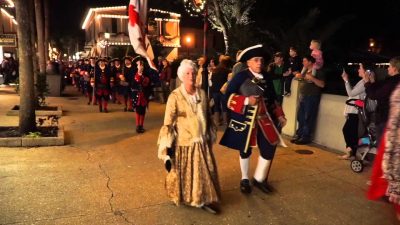 Join hundreds of re-enactors from St. Augustine’s colonial history for the Colonial Night Watch as they perform military drills at the Castillo De San Marcos during this free, all-day event. After an evening torchlight parade through St. George Street, join in singing classic Christmas carols to ring in the holiday season.

Step back through time and experience 450 years of diverse culture with the living history experiences throughout historic St. Augustine. From leather working demonstrations at Colonial Quarter to exploring the monuments left behind by early Spanish explorers, adventure is waiting to be discovered for all ages. Use our Living History Itinerary to dive into the rich past of our nation’s oldest city.