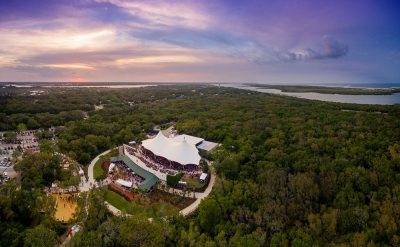 This 4,000-seat Amphitheater is seated in the beautiful Anastasia State Park, where it hosts world-renowned musicians, events, and farmers markets. 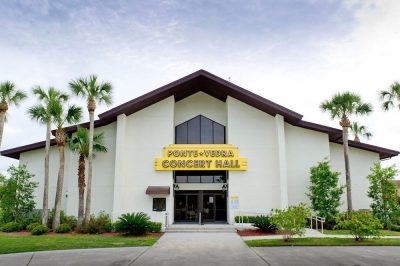 Formerly serving as a community church, the Ponte Vedra Concert Hall has since been restored and serves the community in a new way. The venue hosts concerts, orchestras, comedy shows and more.

Romanza Festivale of the Arts | May

With the tagline: “It’s not one thing, it’s everything!” They couldn’t be more honest! At this two-week festival held in early May, you’ll experience more art than you thought possible. Live music, dance performances, theater, cuisine, and displays of heritage and culture from local and guest talent.

INSIDER’S TIP: Don’t miss the Gamble Rogers Music Festival! This weekend-long festival typically falls on the opening of the Romanza Festival, so make it a day and see what both have to offer!

Roscolusa brings hit singer/songwriters from Nashville to sunny Florida, where visitors can see pop music performed by the original songwriters themselves. Hear songs written for stars like Taylor Swift, Tim McGraw and Keith Urban, and learn the stories behind them.

Spend two weeks experiencing classical music in the Cathedral Basilica of St. Augustine. Not only is the Basilica a national landmark, but also home to the oldest congregation in the United States. Experience music and historic architecture at the nation’s largest free classical music festival.

St. Augustine’s growing community of songwriters and musicians needed a way to showcase their talent in a big way. And the Sing Out Loud Festival was born. Every weekend in September on stages throughout the city, this music festival brings together both national and local musicians and songwriters. 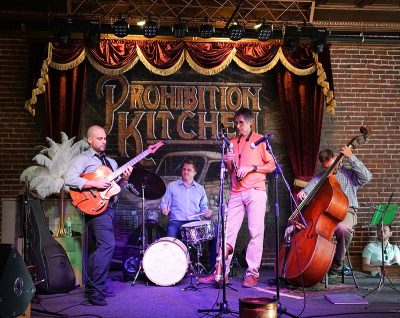 Live music thrives on any given night in St. Augustine, thanks to a tight network of talented local musicians, many with national and international acclaim.

For the self-proclaimed night owls, these local spots keep the drinks flowing and the good times rolling until 2 AM: Scarlett O’Hara’s, Tradewinds Lounge, Barley Republic Public House, Meehan’s Irish Pub, and Bar with No Name. Find out about more live music here. 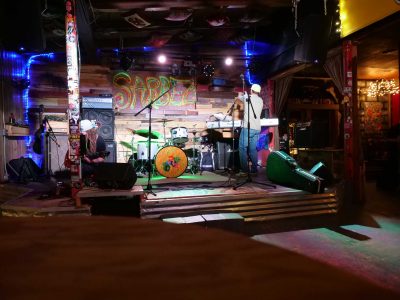 Live Music at the Beaches

For a chic evening in Ponte Vedra Beach, enjoy live music at Nona Blue or visit Restaurant Medure after sampling from their extensive wine list and menu featuring global cuisine with locally sourced ingredients. On Anastasia Island, get funky at Sarbez!, an eclectic café famous for its gourmet grilled cheeses, craft beer, arcade games, and local live music until 2 AM. 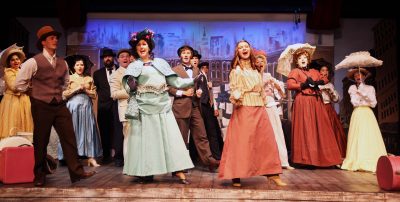 From Cabaret to Oklahoma, Limelight produces eight shows a season in its intimate black box theater. Limelight is St. Augustine’s only year-round theater, known for its flamboyant musicals and comedies. Paired with dinner at the Raintree nearby, it’s an evening sure to make you smile.

First Coast Opera is the premier opera company in Northeast Florida, known for its balance of unwavering commitment to artistic excellence while developing local and regional talent. Typically running four shows from October to March, they also run family opera events during the season.

See this 80-member orchestra perform in what was once the bottom of the world’s largest indoor swimming pool. The St. Augustine Orchestra is one of the longest running cultural entities in St. Augustine.

The EMMA Concert Association brings a variety of classical concerts and events to St. Augustine throughout the year. From the Gainesville Orchestra to the Estonian National Symphony Orchestra, the organization offers a variety of musical and dance performances for every age range.

The performing arts are one of the many ways to experience the arts and culture of St. Augustine, from award-winning classical performers and community theater to a thriving live music scene. Whether you’re a connoisseur of fine arts or looking to unwind, with this guide you’re sure to find something to suit your tastes.